The actor whose character received a kiss from Blanche DuBois in “A Streetcar Named Desire” during its original Broadway run, its first national tour and in the classic Marlon Brando-Vivien Leigh film, has died. 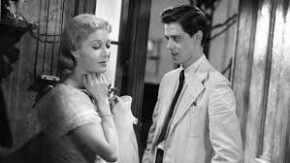 It’s estimated while shooting the movie, Vivien Leigh, as Blanche Dubois, kissed him more than 40-times.

His other credits included roles in “Cast a Long Shadow”, “King Rat,” “Planet of the Apes,” “Finian’s Rainbow” and was Steve McQueen’s partner for a season of “Wanted Dead or Alive.”