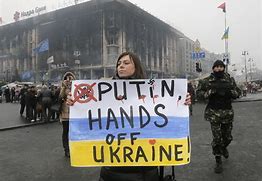 Ukraine is asking Canada to impose more sanctions on Russia –  as tensions between the two countries threaten to erupt into open conflict.

Ukraine’s ambassador made the appeal before a House of Commons committee – where he also asked Canada to extend its military training mission in his country – and support Ukraine’s bid to join the NATO military alliance.

The U.S. and some European countries imposed new sanctions after Russia seized two Ukrainian gunboats, a tugboat and 24 sailors off the Crimean Peninsula last month – as well as supporting elections in a breakaway region of east Ukraine.

Ukraine is in talks with Canada about extending and expanding the training mission that’s due to expire at the end of March – which was launched in 2015 and has trained thousands of Ukrainian soldiers.

The mission includes sending Canadians closer to where the Ukrainian military and Russian-backed separatists have been locked in a deadly years-long standoff.