A $6.7 billion deal for Hydro One to acquire American company Avista Corp. has been rejected by U.S. regulators, who blame political interference by the Doug Ford Progressive Conservatives at Queen’s Park as the reason why. 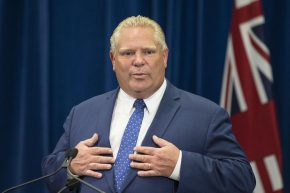 A statement from the Washington Utilities and Transportation Commission says “the deal is not in the public interest because it was evident that decisions affecting Hydro One were influenced by political considerations following Premier Ford’s forced retirement of Hydro One CEO Mayo Schmidt.”

The departure of Schmidt, whom Ford referred to as the $6-million man, was followed by the resignation of the entire board. These events are cited as evidence by Washington state regulators that Ontario was willing to put political interests above those of shareholders.

The quashed deal will result in Hydro One paying a $103-million kill fee.

A spokesperson for the Ministry of Energy has released a statement saying “the government is confident the renewed leadership and direction at Hydro One will make responsible decisions that are in the best interest of their shareholders.”

Late Wednesday, legislators from both the opposition New Democrats and the former governing Liberals blamed Ford’s Progressive Conservatives for the deal falling through.

Liberal MPP Mitzie Hunter says the message to Ford should be clear, “stop meddling at Hydro One.”