JEFF BRIDGES TO BE HONOURED AT GOLDEN GLOBES

Zoomer legend Jeff Bridges may have once been considered as one of Hollywood’s most underappreciated actors but next month, the 69-year old actor is be honoured at the Golden Globes with the Cecil B. DeMille Award. 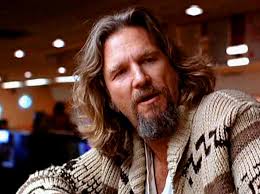 Bridges is to be praised for a long career in films like “Crazy Heart,” “True Grit,” and the cult favourite “The Big Lebowski.”

The DeMille Award is given annually to an individual who has made an incredible impact on the world of entertainment. Past recipients include Oprah Winfrey, Morgan Freeman, Meryl Streep, Jodie Foster, Barbra Streisand, Sidney Poitier and Lucille Ball.

In 2010, Bridges won a best actor Golden Globe for his role in “Crazy Heart.”