LEONARDO'S 500TH TO BE CELEBRATED WITH ATLANTIC CODEX VIEWING 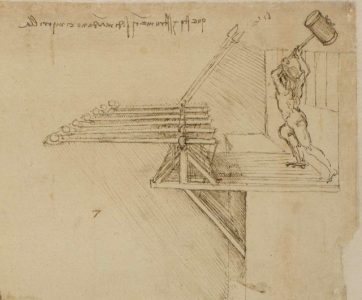 The Ambrosian Library in Milan is planning a series of exhibitions to commemorate the 500-year anniversary of Leonardo da Vinci’s death – including the display of the most important pages of the Renaissance genius’ Atlantic Codex.

The library has preserved the Codex since 1637 – and says it will exhibit 46 of its most famous drawings – encompassing the artist’s career from his Florentine youth to his later years in France.

The 1,119-page Atlantic Codex is an encyclopedia of technical knowledge from the Renaissance – representing Leonardo’s own inventions – but also his representations of technology as it existed.

The exhibit runs from December 18th until next September – and will be broken up into three sections – the first focused on Milan, the second on civil engineering studies – and the last on Leonardo’s French period.