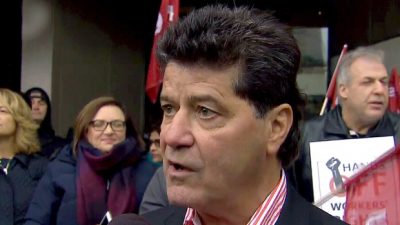 The news follows the union president’s meeting with officials at G-M’s headquarters in Detroit today – which have led to Dias saying he expects a response by January 7th.

Dias says the company has options – and it shouldn’t be cutting back on jobs when it’s making billions in profits.

G-M blindsided the union and the city of Oshawa when it announced in late November that it was winding down operations at the plant – at a cost of close to three-thousand direct jobs.