Fans of Australian singer Olivia Newton-John will be happy to hear, her autobiography, which is already a best seller in her home country, will be released in North America in the spring. 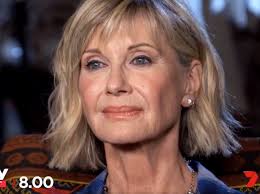 Newton-John, who starred in the move version of “Grease” in 1978 and had hits with “I Honestly Love You” and “Physical,” is now 70 and again battling the breast cancer that was first diagnosed in 1992.