SIR TOM JONES TO HIT THE ROAD IN THE NEW YEAR

After a recent bout of ill health, 60’s heart throb Sir Tom Jones is about to make history. 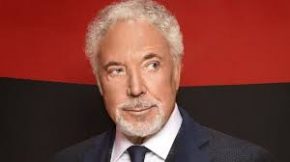 The 78-year old legend is to perform in Eastern Europe for the first time ever.  He has shows booked in Romania, Slovakia, Bulgaria and Hungary to follow dates confirmed in the United States beginning in April.

Jones was was forced to cancel five performances in July due to ill health and had to miss another because of weather.  It was later revealed he was hospitalized while battling a bacterial infection.

Jones is also returning as a coach on “Voice UK.”