KHADR TO RECEIVE RULING ON REQUEST FOR RELAXED BAIL CONDITIONS

A ruling is expected Friday by an Edmonton Judge on Omar Khadr’s request for relaxed bail conditions. 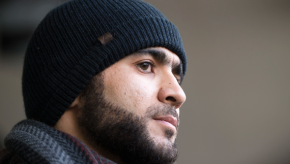 Among other asks, the 32 year old former Guantanamo Bay inmate wants unsupervised conversations with his controversial sister, Zaynab Khadr, and a Canadian passport to make a Muslim religious pilgrimage overseas.

Khadr remains on bail awaiting an appeal of a war crime conviction rendered by a U.S. military commission.

Khadr’s lawyer says it’s unfair his client’s life remains restricted by a stalled American court process with no end in sight, and that Khadr has lived quietly for years, following his bail conditions, and poses no threat.

Khadr spent years in U.S. detention after he was caught in Afghanistan at the age of 15, accused of tossing a grenade that killed a U.S. soldier in 2002, something he now says he cannot remember doing.