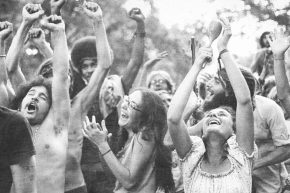 A three day music festival is planned for this coming August at the original Woodstock concert site to mark the 50th anniversary of the historic event.

The Bethel Woods Center for the Arts was built on the original Woodstock site, and that’s where the golden anniversary event will be held August 16th to the 18th.

Word from the centre is that performers, still to be named, will include “prominent and emerging artists spanning multiple genres and decades.”

The Woodstock Music and Arts Fair held August 15th to 17th, 1969 drew more than 400,000 people to Max Yasgur’s farm in the town of Bethel, about 135 kilometres northwest of New York City.