Formerly married to Neil Young for 36 years, singer-songwriter Pegi Young has died at the age of 66. 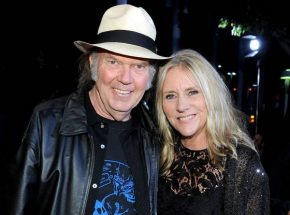 Pegi was the inspiration for some of Neil Young’s love songs, including Such a Woman, Unknown Legend and Once An Angel.

In a Facebook post, Pegi Young’s family says she died in her native California on New Year’s Day following a year-long fight with cancer.

Pegi Young and Neil Young separated and divorced in 2014.