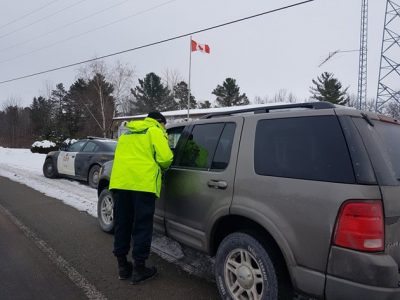 Provincial police say the number of drivers charged during their Festive RIDE campaign was down eight per cent over the previous year.

The O-P-P says officers charged 539 motorists with alcohol and drug-impaired driving between late November and January 2nd – 48 fewer than a year ago.

Police are reminding drivers that under new legislation, they can now demand a roadside breath sample from any lawfully stopped driver – and that impaired drivers also face higher mandatory minimum fines – and some higher maximum penalties.