It expands on a landmark program which compensates survivors of one of this country’s worst drug scandals.

The Trudeau Liberals are moving toward considering new requests from Canadians who believe they are victims of thalidomide. 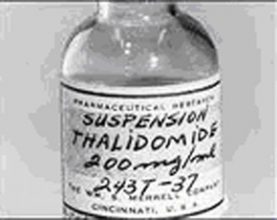 The expansion could offer compensation to dozens of Canadians who say they were born with severe birth defects because of the notorious drug taken by their mothers in the early 1960s, but lack sufficient proof.

The drug was billed as a wonder drug for morning sickness but caused devastating health effects, such as shortened or missing limbs. The former government under Stephen Harper announced in 2015 an historic program to help Canadians born with malformations.

The Conservatives were prompted to act in response to a campaign led by the Thalidomide Survivors Taskforce. The health of those affected deteriorated as they aged, and about 100 people in Canada were granted annual pensions of between $25,000 and $100,000 depending on their level of disability.

The current health minister says that starting in the spring, people will be able to apply under a new program and officials will take a fair and comprehensive approach.