According to figures collected by Book Net Canada, Michelle Obama’s memoir “Becoming” was the bestselling print book in this country in 2018. 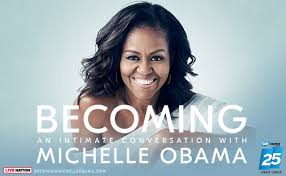 The former U.S. first lady’s memoir was released on November 13th. In it, she shares personal revelations from what it was like to suffer a miscarriage and undergo IVF in order to become pregnant with her two daughters.

The 54 year old is still touring in support of the book. She has stops planned for Vancouver March 21st, Edmonton March 22nd, Montreal May 3rd and Toronto May 4th.