NATIONAL ALZHEIMER'S STRATEGY SHOULD INCLUDE IMPROVED QUALITY OF LIFE, BETTER ACCESS TO HEALTH AND SOCIAL CARE

A long promised national strategy on Alzheimer’s and dementia focuses on seven priorities; engaging people living with dementia, education and support for caregivers, building and supporting the health- and social-care workforce, and supporting research and innovation in all stages of dementia.

A report was developed by members of the Canadian Academy of Health Sciences and is designed to help the Public Health Agency of Canada create and implement a national dementia strategy, which is expected to be unveiled toward the end of this year.

Dr. Howard Bergman of McGill University, who chaired the six-member panel, says the report will inform those preparing the plan by looking at the evidence and then assessing the best practices.

Panel members found quality of life for Canadians living with dementia and their caregivers, as well as access to health and social care, can be improved across all stages of the disease process. 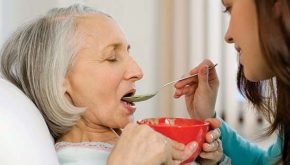 Alzheimer Society of Canada says more than half a million Canadians are living with dementia, and by 2031, that number is expected to nearly double.