Beware of made up stories on Facebook and other social media sites.

According to a new analysis by researchers at New York and Princeton Universities, a new study finds older Americans are more likely to share fake news on Facebook. And this is regardless of education, gender, race, income or party affiliation.

The study examined user behaviour in the months before and after the 2016 U.S. presidential election.

Across all age categories, sharing fake news was a relatively rare category. Only 8.5 percent of users in the study shared at least one link from a fake news site. 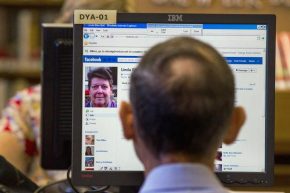 The study did not draw a conclusion about why older users are more likely to share hoaxes. It’s published in Science Advances.