FORD GOVERNMENT TO DO AWAY WITH LOCAL HEALTH NETWORKS: REPORT

It would be Doug Ford’s first significant move to restructure Ontario’s Health System.

The Premier and his governing PCs are said to be considering a sharp cut to the bureaucracies that were designed to coordinate health care services at the local level. 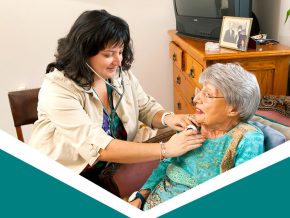 Doctor Nadia Alam is the president of the Ontario Medical Association, and says there have been positives and negatives to the LHINs.

“Certain services that they provide have gone really well in certain areas, like in my own LHIN, Mississauga Halton, they have a great palliative care program. But if you live in Kenora, that palliative care services ends at 5pm,” Alam explained.

The report says the provincial government is looking at dissolving the LHINs and replacing them with no more than five regional oversight bodies that would monitor spending by hospitals and long term care homes.

According to a recent auditor general report, it costs about $90-million dollars annually to operate the LHINs which were created in 2007 by then premier Dalton McGuinty’s liberal government.

Doctor Alam will more to say about the issue on Zoomer Radio’s Fight Back with Libby Znaimer at about 12:40 Thursday afternoon.