American author and humorist Russel Baker has died following complications from a fall. 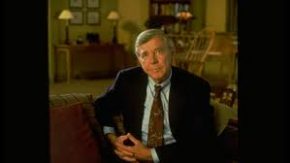 Over the course of his career, he won Pulitzer Prizes for his humorous columns in The New York Times and later hosted TV’s Masterpiece Theatre.

Baker wrote, edited or contributed to some 17 books, collections and assorted works including a musical play and a children’s book.

Baker died at his home in Virginia at the age of 93.