A British author and editor, who worked with Can-Lit legend Margaret Atwood as well as Philip Roth and VS Naipaul, has died. 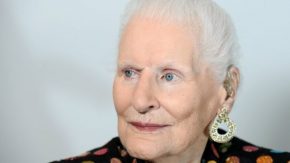 Diana Athill worked at English publishing house Allan Wingate for 50 years and was an author in her own right, releasing accounts of her childhood in Norfolk and her life in publishing.

At age 91 she won the Costa biography award for her 2008 book “Somewhere Towards The End” making her the oldest-ever winner in that awards’ history.  It also won the National Book Critics Circle award.

Athill’s colourful life was also the subject of a BBC documentary, “Growing Old Disgracefully,” in 2010.

She once admitted to constantly falling in love, from the age of four; the first time with a garden boy who she said had very beautiful brown eyes.