LEARNING WHILE YOU SLEEP: IT'S A THING, SAY GERMAN RESEARCHERS

A new study is suggesting that you may not need to be awake or conscious to learn. 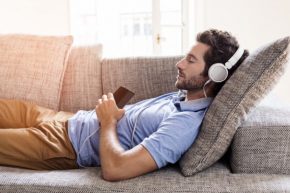 Researchers tested the idea by having German-speaking people take a nap while listening to a recording with word pairs.

The first word was a made-up nonsense word, but the second was a real German word.

For example, they used one pair of nonsense and real words for “key,” another for “elephant.”

Once awakened, the test subject was told the nonsense word and then asked if it referred to either a small or large object.

During certain parts of the sleep cycle, people were able to correctly categorize the fictional words as small or large with accuracy that was 10 per cent better than chance.

The study is published in Current Biology. (ABC)