Arguably, it was Gladys Knight who turned in the best performance at Sunday evening’s Super Bowl. 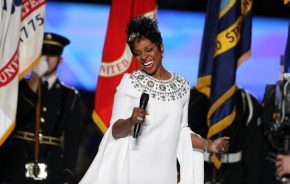 Knight took some heat for performing the national anthem at the NFL’s biggest event. Before the weekend, she said she’s been a civil rights activist most of her life while also being a citizen who is always proud to perform the anthem.

Many performers turned down the opportunity to appear at this year’s Super Bowl to support former NFL quarterback Colin Kaepernick, who took a knee during the U.S. national anthem before NFL games to protest police brutality and racial disparities. No team picked him as a free agent.