Scientists at a biotech company in Israel recently claimed they will have a cure for cancer within a year.

Unfortunately, their claims have been shot down by fellow scientists who say the claims are spurious, highly irresponsible, unsubstantiated and even cruel.

The skeptical scientists note that the research group has not published any findings to back up their claims, as is traditional in the science community.

The treatment, according to scientists at Accelerated Evolution Biotechnologies works essentially like a cancer antibiotic. They say the results of pre-clinical trials have been very good. 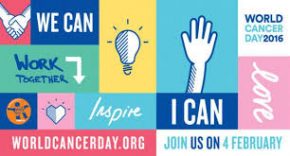 Monday February 4th is World Cancer Day. This year’s theme is #IAmAndIWill. Whoever you are, you have the power to reduce the impact of cancer for yourself, the people you love and for the world.

New American numbers show cancer death rates have dropped 27 percent over 25 years beginning in 1991. That translates to about 2.6 million fewer cancer deaths than would have been expected if death rates stayed at their peak in 1991.

Lifestyle changes and early detection have led to lower rates of the four major cancers; lung, breast, prostate, and colorectal. Here in Canada, mortality rates for those diseases have declined 2 percent a year in the same period. However, melanoma and cancers of the liver, thyroid, uterus and pancreas have are on the rise.