DAMSEL FROM THE BLACK LAGOON DIES AT 92.

The damsel in distress, who starred as in the classic monster movie, “Creature from the Black Lagoon” has died at the age of 92. 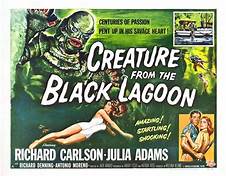 Julie Adams made audiences cringe and teenage boys’ hearts beat faster when she was grabbed by the monster off a boat.

The 1954 film inspired last year’s Oscar-winner “The Shape of Water” and director by Guillermo del Toro, who now calls Toronto home, paid tribute on Twitter saying “Julie Adams passing hurts in the place deep in me where monsters swim.”

Adams also played estate agent Eve Simpson on “Murder, She Wrote” opposite Angela Lansbury, which can be seen on our sister station Vision TV.