We are learning that thousands of refugee claimants are living in Canada without having been fully cleared by national security.

A published report attributes the news to a report that shows a massive backlog in screenings amid a border crisis that began in 2016.

The internal government report shows the number of asylum seekers awaiting clearance had grown sevenfold between 2016 and 2018.

As of last February, Canada Border Services Agency had 11,745 asylum seekers in the queue for security assessment, up from 1683 two years earlier.

Official stats suggest only 0.2 percent of the screened asylum seekers were deemed to be a threat to Canada, but lawyer Richard Kurland says the fact 11,745 were in the country and not yet assessed fully is troubling. 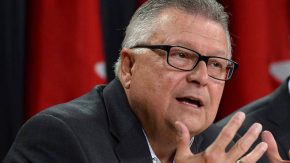 In response, Public Safety Minister Ralph Goodale says all enforcement and intelligence agencies, including the RCMP and CSIS work closely, and constantly assess their operations to ensure national security.