Canada’s Cirque du Soleil continues to grow its show business empire with the addition of a troupe of magicians called “the Illusionists.” 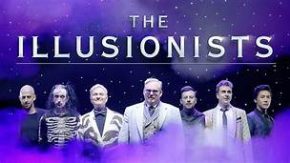 The Cirque family is building on a global live-performance empire that already includes the Blue Man Group and theatrical shows.

The company is paying about $40-million for “The Illusionists” franchise which stages a revue show featuring a range of magicians.

Cirque anticipates exceeding $1-billionin sales this year which the company says would be a new record.