There is a wealth of material that reclusive American author JD Salinger wrote before his death that was never published. According to Salinger’s son that is going to change. 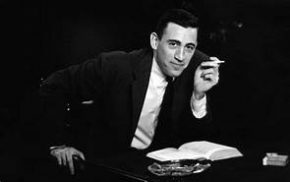 Matt Salinger has confirmed longstanding reports that the author of “The Catcher in the Rye” had continued to write decades after he stopped publishing books and now, he and Sainger’s widow Colleen are preparing the material for release.

The younger Salinger helps oversee his father’s literary estate and says any new work might be years away and didn’t cite any specific titles or plots but did indicate that the Glass family, made famous in “Franny and Zooey” would be seen again.

J.D. Salinger published just four books in his lifetime. He died in 2010 at the age of 81.