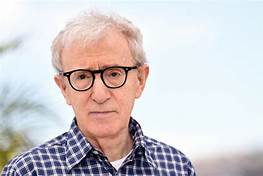 The lawsuit says Amazon knew about the allegations before signing with the 83-year old film maker in 2017, but still used those allegations as an excuse to back out of the deal.

Back in 1992, Allen’s daughter said he had molested her as a child; allegations Allen has repeatedly denied

According to the complaint, Allen finished a film called “A Rainy Day in New York” that Amazon never released. The 68-million covers additional payments for that film and payments for the three other movies that remain unfinished .