It turns out keeping secrets can be hazardous to your health. 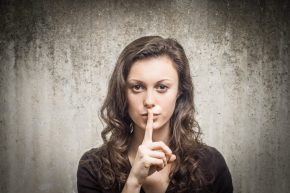 A new study asked people to fill out questionnaires about their secrets and found that people are more likely to dwell on secrets which provoke shame, rather than those that provoke guilt.

Keeping secrets has been linked with depression, anxiety and worse health.

The more time you spend thinking about your secrets the worse it is for your well-being.

A group of researchers asked if some secrets are worse for you than others.

They hope this study will contribute to our understanding of emotions surrounding secrecy.

SECOND PERSON BELIEVED SWEPT OUT TO SEA DURING STORM FIONA