DEPRESSION MIGHT SPEED UP DECLINE OF MEMORY AND THINKING: RESEARCH

Memory and thinking skills naturally slow with age, but now scientists are peeking inside living brains to tell if depression might worsen that decline. 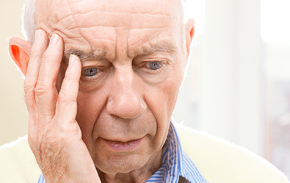 Yale University scientists used a new technique to scan the brains of living people and discovered that patients with depression had a lower density of gaps between nerve cells than healthy people the same age.

The lower the density, the more severe the depression symptoms, particularly problems with attention and loss of interest in previously pleasurable activities.

University of Toronto scientists are developing a compound that would target yet another piece of the puzzle; brain receptors that are impaired with both aging and depression.