The Amber Alert on your smartphone may have awakened you late Thursday night. 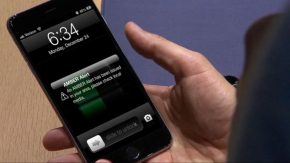 Sadly, the 11 year old girl who was the focus of that amber alert, has been found dead inside a Brampton home.

Peel Police say there were numerous calls to 911 of complaints for the late hour of the Amber Alert.

But Peel Constable Akhil Mooken says the alert directly led to the arrest of the suspect.

The Amber Alert was issued hours after the girl’s mother phoned police to say her daughter had not been dropped off as scheduled at 6:30pm. The mother reportedly, was concerned her estranged husband might harm their child.