The house in London, England where Reggae legend Bob Marley took refuge after an assassination attempt in Jamaica in 1977, is going to get an English Heritage designation. 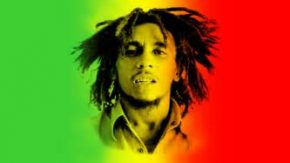 It was while living in the house in Chelsea, Marley and his band the Whalers recorded the classics “One Love’ and “Jamming.”

The committee awarding the heritage “Blue Plaque” said it was in honour of Marley being one of the most loved and listened to musicians of the 20th century.