Toronto’s ombudsman is getting involved in how well, or how poorly, snow removal is going in the city this winter.

In a news release, Susan Opler says “there appears to be an issue with both the quality of service the city is providing as well as the very different approaches to sidewalk snow removal in different parts of the city.” Opler goes on to say that she is monitoring the situation closely. 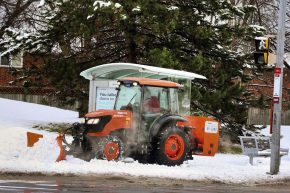 While the City of Toronto provides mechanical sidewalk snow clearing in most parts of Etobicoke, North York and Scarborough, residents in the old city of Toronto and East York are responsible for clearing the sidewalks in front of their homes.

City staff contends that this is mostly due to the difficulty in accessing the sidewalks in older denser parts of the city.

Mayor John Tory has asked city staff to review the city’s winter operations management. In the wake of one major storm earlier this month, the mayor said his office alone received more than 150 calls and emails from residents unhappy with the snow removal service.