The former star of “Seinfeld” has filed a lawsuit against a classic car dealer over a $1.5 million Porsche. 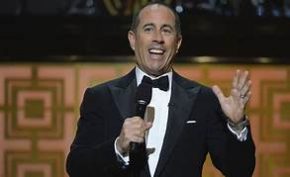 Jerry Seinfeld is suing the car dealer claiming the firm hasn’t backed him in a beef over whether a 1958 Porsche he sold is authentic.

The suit seeks unspecified damages from European Collectibles of Costa Mesa, California and comes just weeks after the 64-year old funny man was sued by a company that paid him $1.5 million for the car; saying it was a fake.

Seinfeld says European Collectibles has done little to help him authenticate the vehicle.