The death of actor Luke Perry, just days after suffering a massive stroke, is putting a focus on strokes and their prevention.

New York Doctor Cathy Ward says there are particular habits that greatly reduce the chance of suffering a stroke.

“The best way someone can prevent a stroke from happening is, number one, go to your doctor every year at the bare minimum. Number two, know how to avoid stroke. Make sure you’re eating healthy, lots of fresh fruits and veggies, trying to stay away from too many fatty foods and processed foods, keeping control of your blood pressure, keeping your risk for diabetes down, avoiding stress, depression and make sure you have lots of physical activity in your life,” Ward explains. 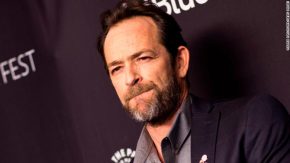 Luke Perry starred in the popular 1990’s TV series Beverly Hills, 90210 and more recently played Archie’s Andrews’ dad on the television series Riverdale. He will also appear in Quentin Tarantino’s Once Upon a Time In Hollywood, due out in July.

He was just 52 years old and seemingly in good shape.

It’s not known yet whether he had any risk factors. The cause of death has not yet been officially confirmed.