A water museum and a music themed family park were just two of the ideas put forward last night on the future of Ontario Place. 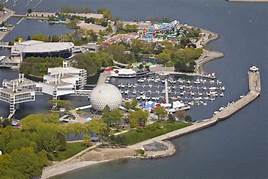 Even though Toronto owns just a small piece of the site, Councillor Joe Cressy, who chairs the city’s sub-committe on the site’s future, insists that future be dictated by the people and not by Premier Doug Ford in his backroom.

Many of those at last night’s meeting, at Toronto City Hall, wanted the heritage Cinesphere Theatre and iconic pods to remain part of the site’s future.

The province is said to be considering everything from a casino to a big Ferris wheel, but has said the Budweiser Stage and three hectares of parkland won’t be re-developed, nor will the site be considered for residential uses.