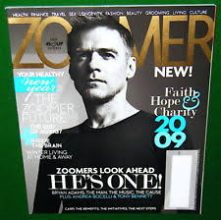 The 59-year old singer songwriter, who was born in Kingston, Ontario and raised in Vancouver, told the BBC that its Radio One wouldn’t play “69” and wouldn’t play another of hits “Heaven” either. In fact, Adams says Radio One didn’t play any of his songs except “Run To You.”

That has now been corrected. 30-year on “Summer of 69” has earned a gold record designation in the U-K and since then has been certified platinum with 600,000 copies sold and 280 million streams on Spotify.

In addition to his musical talents, Adams is a photographer, philanthropist and activist. He’s a multiple Juno and Grammy winner, a member of the Order of Canada and a contrbiutor to Zoomer Magazine.