Toronto is set to celebrate all things Irish a little bit early. 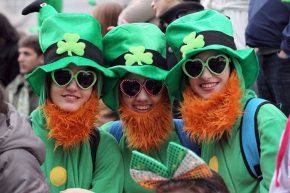 The annual St Patrick’s Day parade kicks off Sunday on the the corner of Bloor and St. George Streets at noon.
The parade will then head east along Bloor Street before turning south on Yonge Street and proceeding down Queen Street.
The event will finish up at Nathan Phillips Square at around 1.30 p.m
Over 100 groups are expected to take part in the celebration which will lead to road closures in the area from 8.a.m
The following streets will be fully closed from 8 a.m. to 12:30 p.m. to accommodate the parade formation area:
•       St. George Street from College Street to Bloor Street West
•       Harbord Street from Huron Street to St. George Street
•       Devonshire Place from just north of Hoskin Avenue to Bloor Street            West
•       Hoskin Avenue from Queens Park Crescent to St. George Street