Ontario is weighing a ban on single-use plastics including bags, water bottles and straws. 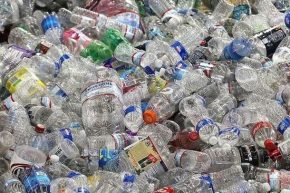 The average Ontarian generates nearly a metric tonne of waste each year, and the rate at which that waste is diverted away from landfills has stalled at around 30 per cent for the past 15 years.

The government recently released a discussion paper on reducing litter and waste, and it’s asking the public and stakeholders for input on how to address the problem.

One question it asks is whether a ban on single-use plastics would be effective in reducing plastic waste.

Environment Minister Rod Phillips says the government is open to the idea.

Ontario is also mulling a deposit return system for plastic bottles and other containers, as is used in some other provinces.