Some industry experts say airline customers can expect months of travel disruptions stemming from the Canadian and U.S. governments’ decisions to ground the Boeing 737 Max 8. 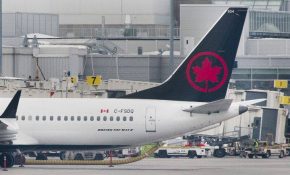 Before Transport Minister Marc Garneau officially grounded the planes Wednesday, there were three Canadian airlines operating 737 Max 8s, the same type of jet that crashed in Ethiopia on Sunday and in Indonesia this past October.

According to WestJet, as of Wednesday, about 1000 customers had been inconvenienced by the Max 8 grounding.

Allison Wallace is the director of communications for Flight Centre Canada, and says customers should contact their airline or travel agent to see what provisions are being made if the original flight was booked on a Max 8.