Canadian author David Chariandy has won $165,000 as one of eight recipients of Yale University’s Windham-Campbell Prize. 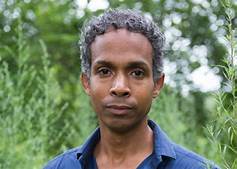 Billed as one of the world’s richest literature prizes, the unrestricted grant is awarded to poets and writers of fiction, non-fiction and drama to support their literary pursuits.

The 50-year old Scarborough-born author won the Writers’s Trust Fiction Prize in 2017 for his second novel, “Brother.” It’s about two sons of Trinidadian immigrants who confront violence and prejudice in a Toronto housing complex.

Chariandy is now based in Vancouver.

The Windham Campbell judges praised his eye for detail that they said lays bare the revelations of grief as well as the intimacies found within fraught and fraying social spaces.