18-year-old Bianca Andreescu is now just a match away from the final of the BNP Paribas Open at Indian Wells, California. 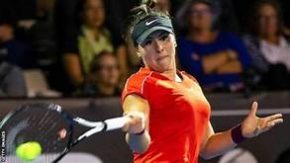 Yesterday, the Mississauga native took down former World Number 1 Garbine Muguruza, of Spain, 6 – 0, 6 – 1. As a result, Andreescu is likely to vault into the top 40 in the world rankings. She started the year ranked 152nd and surged into the top 50 with her win in the previous round over #18 seed Wang Qiang.

Andreescu began the tournament as a wild card entry and will face #6 seed Elina Svitolina of Ukraine in semi-final play Friday.