Why are real estate prices in the GTA so high?

A published report suggests dirty money may be part of the reason why.

According to a report by Transparency International Canada, Toronto’s real estate market welcomes criminals giving them an easy way to invest dirty money while driving up housing prices for regular people.

The report says, “our laws and regulations are so full of cracks that can be exploited by criminals and they appear to be doing so in growing numbers.” It also says domestic criminals have known about this for decades and word is spreading internationally as well.

In the federal budget released this week, the Trudeau Liberals announced measures to combat money laundering through property in British Columbia, but there was no mention of the Toronto market. 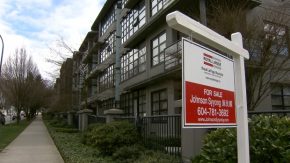 Average house prices in the GTA have more than doubled in the past decade.