We talk a lot here about Zoomers and Baby Boomers at ZoomerMedia, but what about the youngest generation? 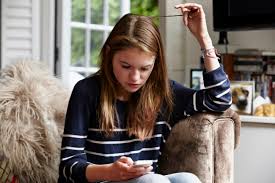 A new study finds those in Generation Z are most likely to feel socially isolated.

They are true digital natives, people born around the year 2000, and have known social media their entire lives.

While it may have broadened their technological horizons, researchers say it’s made them more lonely or likely to be depressed than any of the older generations.

A study in the Journal of Social and Personal Relationships says it comes down to screen time. The study authors say the less in-person social interaction a teen has, the more likely he or she is to be lonely.