With the 75th anniversary of D-Day approaching, the federal government is set to unveil how it plans to mark the occasion. 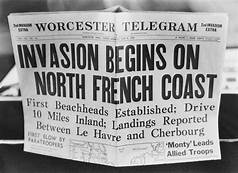 On June 6th, 1944, almost 120,000 allied soldiers took part in the greatest military invasion in history. Among them were 14,000 young Canadians who landed on Juno Beach and fought their way inland securing a critical bridgehead for the allied invasion which proved to be the turning point in World War II.

Canada’s Veterans Affairs Minister Lawrence MacAulay is in Vancouver today to launch the departure of ceremonial trains carrying combat boots and heading east to symbolize the Canadians who traveled to Halifax where they embarked for the war in Europe.