Canada’s Privy Council Clerk says he did not brief Prime Minister Justin Trudeau about the December 19th phone call with Jody Wilson-Raybould in which the then-attorney general warned him that the PM was engaging in political interference in the prosecution of SNC Lavalin. 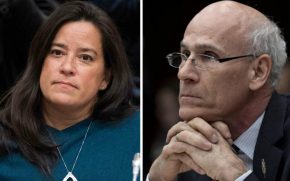 Audio of that 17 minute phone call was released on Friday by the Commons Justice Committee, which had received it first from Wilson-Raybould.

Wilson-Raybould had secretly recorded the conversation at the time because she says she felt it necessary to have an exact record of what was discussed and her feelings of being pressured to offer SNC Lavalin a deferred prosecution agreement.

During the call, Michael Wernick said he would have to report back to the Prime Minister on what the attorney general had told him.

In a statement released by his lawyer over the weekend, Wernick said he did not inform Mr. Trudeau of Ms. Wilson-Raybould’s concerns in part because everyone went on holidays the day after the phone call. In fact, Justin Trudeau did not go on holiday until December 23rd.

In the same conversation, Wernick is heard saying the PM was considering hiring former Supreme court chief Justice Beverley McLachlin for an outside legal opinion.

Late Friday night, the PMO released a statement in response to the recorded conversation, saying that Mr. Wernick never told Mr. Trudeau about what transpired on the December 19th telephone call.