Zoomers of a certain age may be feeling a bit older with the news that actor Lee Majors is 80 years old today. 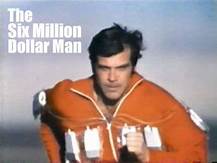 Lee Majors starred in the science fiction and action TV series “The Six Million Dollar Man” who with his bionic rebuild had superhuman strength and went on to be employed as a secret agent by a fictional U.S. government office.