It’s good news for thousands of Toronto school students and their parents. 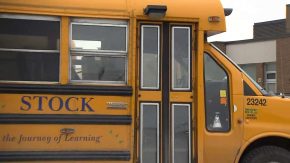 A tentative agreement was reached Tuesday evening between negotiators for the union representing some 575 school bus drivers and their employer Stock Transportation.

Drivers for two unionized school bus divisions would have been in a legal strike position as of Thursday, but with the tentative deal in place, that walkout is now averted.

The majority of the schools that would have been affected are located east of Yonge Street.

“Details of the collective agreement will be released upon ratification, which will take place in the near future,” a news release says.