It could well be an indicator of what to expect in the fall federal election.

Voters in the B.C. riding of Nanaimo-Ladysmith are going to the polls today in a federal by-election.

David Black, a political communications expert at Victoria’s Royal Roads University, says the fact that all of the national political leaders visited the riding during the campaign, including Prime Minister Justin Trudeau and Conservative Leader Andrew Scheer, highlights the importance of the race. 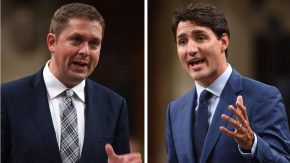 “Their presence and the fact that it’s the last federal by-election before October has made this by-election a proving ground for national political messaging ahead of the October vote,” Black explains.

Turnout in the Nanaimo riding was 75 percent in the 2015 election. Black says the higher the turnout, the less predictable the race.

The riding has been vacant since January after former New Democrat MP Sheila Malcolmson quit to run for the B.C. New Democrats in a provincial by-election.