SHIRLEY BASSEY TO BE HONOURED BY HOME TOWN 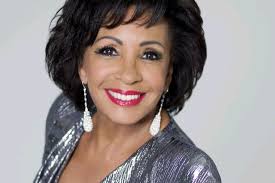 Bassey is to receive the freedom honour from her hometown of Cardiff, Wales in a ceremony on Friday.

The 82-year-old, singer/entertainer has sold more the 135 million records over seven decades and has worked with stars like Elvis Presley and Frank Sinatra. She’s probably best known as the vocalist behing the theme to the James Bond film “Goldfinger.”

Cardiff Council Leader Huw Thomas says Dame Shirley is undoubtedly one of Wales’s greatest exports but has remained proud of her Cardiff roots and Welsh heritage.