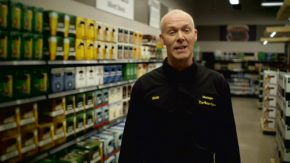 The long time beer store owner appears in a new television ad in opposition to the Tories who are trying to alter an agreement governing where beer and wine can be sold in Ontario.

“I’m a proud Beer Store manager, one of 7000 hard working employees. There’s been a lot of talk lately about putting beer in corner stores, so let’s talk about the Beer Store. We keep prices down with our efficient distribution system. We check IDs keeping beer out of the hands of minors,” Howard says.

Howard goes on to say that putting beer and wine in corner stores could also lead to 7000 Beer Store employees losing their jobs.

The current framework for where alcohol can be sold in Ontario was signed in 2015 by the previous Wynne Liberal government.

There is a possibility of penalties for breaking the 10 year agreement in order to expand where alcohol can be sold, though the exact cost is unclear.

This ad campaign follows a similar one by the union representing Beer Store employees.

The press secretary for Finance Minister Vic Fedeli says the claims surrounding costs associated with the liberalization of the laws are “ridiculous”.

Robert Gibson goes on to say “it would be premature and irresponsible to speculate or make assumptions about the results of the ongoing consultations and discussions.”